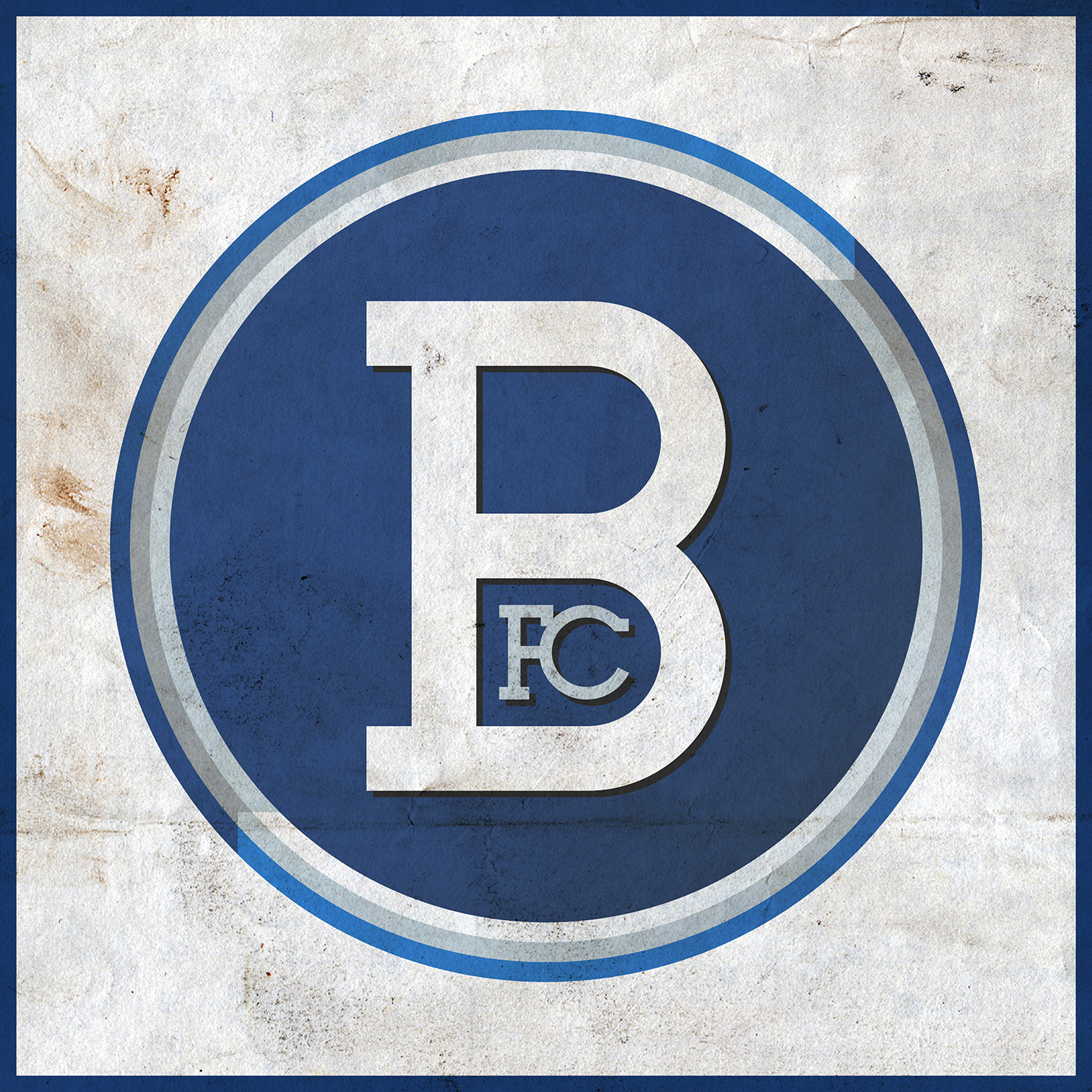 Broomhill Sports Club was founded in Glasgow in 2004. A decade later, BSC Glasgow Football Club was established and since the 2014/15 season, the club has been competed in the Lowland Football League. During this first season, BSC Glasgow won the SFA South Region Challenge Cup, a tournament featuring some 69 non-league clubs in the south of Scotland. The club reached the final of the Challenge Cup for a second time in 2018, though they lost to Civil Service Strollers after extra time.

On 1 July 2021, the club announced that it had broken away from Broomhill Sports Club and changed their name to ‘Broomhill Football Club’. This name change was short-lived as in May 2022, a partnership with football media brand Open Goal was announced. Since the beginning of the 2022/23 season, the club has been known as ‘Open Goal Broomhill’.

For my original badge redesign, I opted to do away with the large white negative space at the centre of the current badge and replace it with a football. I also employed a more stylised ‘BSC’.

With the current name, I have decided to present the club as ‘Broomhill FC’, making use of the more recent colour scheme and employing it in a minimalistic roundel.