Strathspey Thistle Football Club was established as a junior side in 1993. The name was chosen so as to reflect the club’s belonging to the Strathspey community and not only to Grantown-on-Spey, where the club is based. During their sixteen-year spell as a junior side, the Strathy Jags won several honours, though never topped the table.

In 2009, the club became a senior side and gained admittance into the Highland Football League. Since that time, the Strathy Jags have been unable to break out of the bottom three in the league table, but being among the most recent club to join the league (alongside Formartine United and Turriff United), it is still ‘early days’.

The current badge is simple and requires no explanation. For my redesign, I incorporated elements of the current badge, bringing the club’s name into the heart of a stylised thistle image. 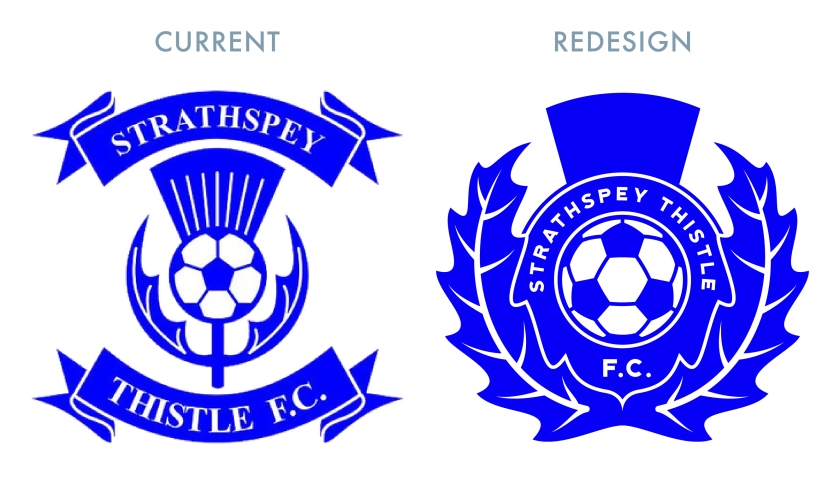