The University of Stirling was established in 1967. Two years later, the eponymous football club was founded. Among the six teams operated by USFC, the most senior of which has been competing in the Lowland Football League since its inaugural season in 2013/14.

Prior to competing in the Lowland League, in 2008, USFC was admitted to the East of Scotland Football League. In only their second season in the league, USFC won the First Division (at the time, the sole second tier in the EoSFL) title. This saw USFC compete in the Premier Division, the top tier of the EoSFL, in the 2010/11 season. That season, the club secure a second-place finish to Spartans. By the following season, 2011/12, USFC clinched the top spot in the Premier Division.

The 2012/13 season finished with Whitehill Welfare as champions and USFC finishing as runners-up, ahead of Spartans. The following season saw the transfer of these three, alongside Edinburgh City, Gretna 2008, Preston Athletic and Vale of Leithen admitted into the new Lowland League. In that inaugural season, USFC finished in second place, only four points behind the league champion Spartans.

As far as the club’s aesthetics go, the current badge is excellent. The features of the badge come directly from the coat of arms of the university. The university website states:

The coat of arms may be described as an arched bridge topped by a tower and surrounded by open books. The bridge may represent a governor or magistrate, the tower safety and guardianship, while the open books have clear associations with learning and knowledge. The imagery portrays the University as an official guardian entrusted with the safekeeping of the process of imparting knowledge, whilst willingly serving the public.

On a more visual level, the three elements of the coat of arms may be interpreted as a reflection of the University’s striking location in a historic Scotland, suggesting as they do Stirling Bridge, the National Wallace Monument and the University itself.

With the simplicity and cleanliness of the current badge, certain elements might not come across as clearly. For instance, without colour, the wavy lines, which represent water running under the bridge (perhaps the River Forth running under the Old Stirling Bridge) are not as obvious. I decided to stick with the simple design features of the current badge, adjusting various bits and pieces for aesthetic purposes (the normalisation of the ascending and descending arches of the bridge, the increased simplification—even a suggested digitisation—of the open books) and including colours which are akin to those in the official university coat of arms. 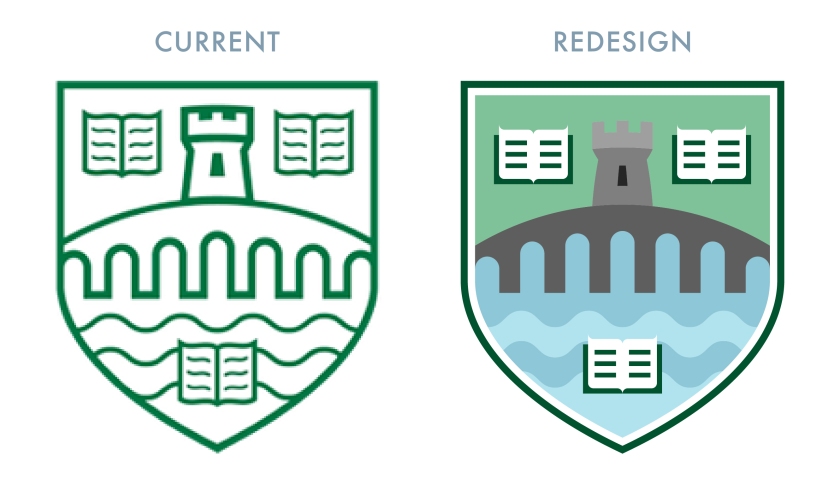 The home and away kits derive their colour schemes from the badge redesign. The predominantly green kit is the colour scheme of the traditional USFC home kit. 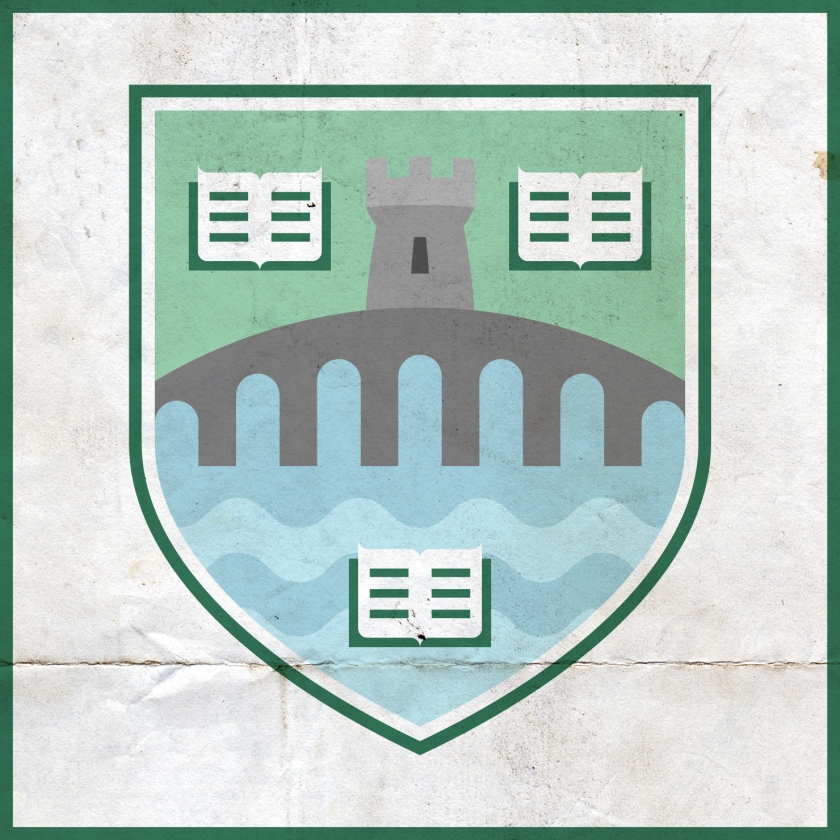