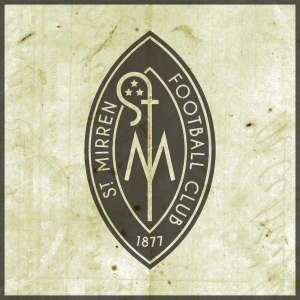 St Mirren Football Club was established in 1877. Similarly to Kilmarnock in 1869, Heart of Midlothian in 1874 (potentially), St Johnstone in 1884 and Dunfermline Athletic in 1885, St Mirren FC was formed when members of St Mirren Cricket Club took a notion to play football in the winter months to keep up fitness levels. So highly were St Mirren regarded even in these early years that the club were invited to become founding members of the Scottish Football League in 1890.

By 1908, St Mirren reached the first of their six Scottish Cup finals, but their opponents, Celtic, proved too strong for the Buddies. St Mirren had another shot at glory against Celtic in the 1925/26 final, which would be their first of three Scottish Cup victories (the others being 1958/59 and 1986/87). More recently, the Buddies reached their first Scottish League Cup final on 17 March 2013, defeating Hearts 3-2 at Hampden Park.

Unfortunately for St Mirren, the high of their 2012/13 Scottish League Cup would be followed by the low of their relegation to the second tier at the end of the 2014/15 season. After three seasons in the Scottish Championship, the Buddies returned to the top tier for the 2018/19 season.

The St Mirren kit first included a badge—consisting of the Paisley coat of arms and a banner reading ‘St Mirren FC’—during the Second World War. A badge was not used consistently until the 1950s. Slight variations of this badge were used on and off throughout the sixties and seventies. From 1981 until 1984, a new badge was used, which reduced the size of the Paisley coat of arms inside a black and white striped shield. Supporters were not keen on this badge, and so the club reused the earlier coat of arms badge.

In 1995, the coat of arms was first placed inside a circle, though the inclusion of the traditional mural crown brought a legal challenge from the Court of the Lord Lyon, as a 1672 law requires that all coats of arms in Scotland must be registered. The club bypassed this challenge the following season by creating a more figurative mural crown of black and white stripes for which the Saints are known, present in the current badge.

While I do not find the current St Mirren badge particularly weak, there is a displeasing heaviness to the design. We’ve got this busy coat of arms (with an intrusive and thick black border), surrounded by a clunky typeface and the heavy black and white stripes of the mural crown. These stripes, in particular, create an aesthetic incoherence.

For my redesign, I began by sketching a crosier (a hooked staff carried by an abbot or bishop as a symbol of pastoral office). Most depictions of Paisley’s coat of arms feature an abbot holding a crosier, as Paisley’s patron saint, Mirren (or St Mirin) is considered the founder of the community that occupied the site of what would become the Abbey of St James and St Mirren, now known as Paisley Abbey. Most heraldic depictions of abbots include the head of the crosier closed in on itself, like a spiral, indicating the abbot’s pastoral care for the ‘inward’ community of the monastery. The head of a bishop’s crosier, on the other hand, is depicted as terminating outward.

In my sketching, I realised that an outward-pointing crosier can be designed to look very much like an ‘S’. I chose to abandon the heraldic convention for the sake of the design in order to make the minimalistic monogram of the redesign. The ‘S’ and ‘T’, for ‘Saint’, are part of the crosier, with an ‘M’ passing through the middle. I have also included three stars within the crosier head to commemorate St Mirren’s three Scottish Cup victories. The crosier monogram is enclosed by a vesica piscis (Latin for ‘bladder of a dish’), calling back to aureolas (a diminutive of the Latin aurea—meaning ‘golden’—to signify the sacredness of a figure) in Christian art as well as to medieval seals and emblems. 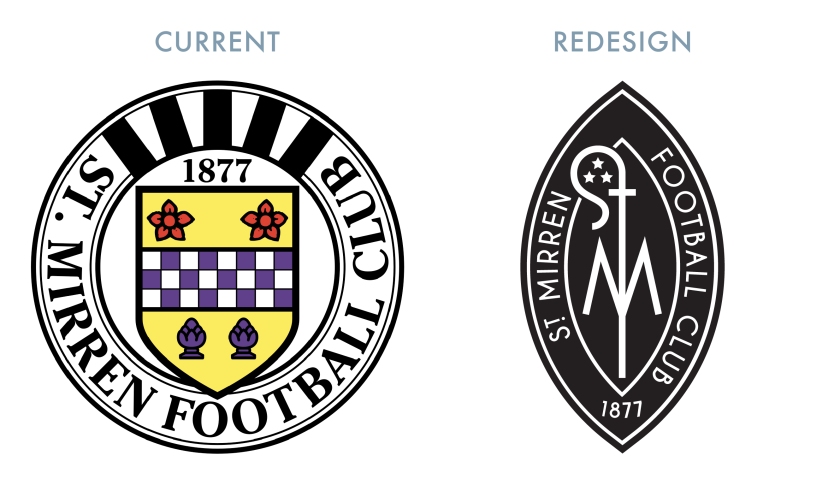 The kit colour schemes are based on traditional St Mirren kits, with the black and white vertical stripes for the home kit and the red featuring in the way kit. 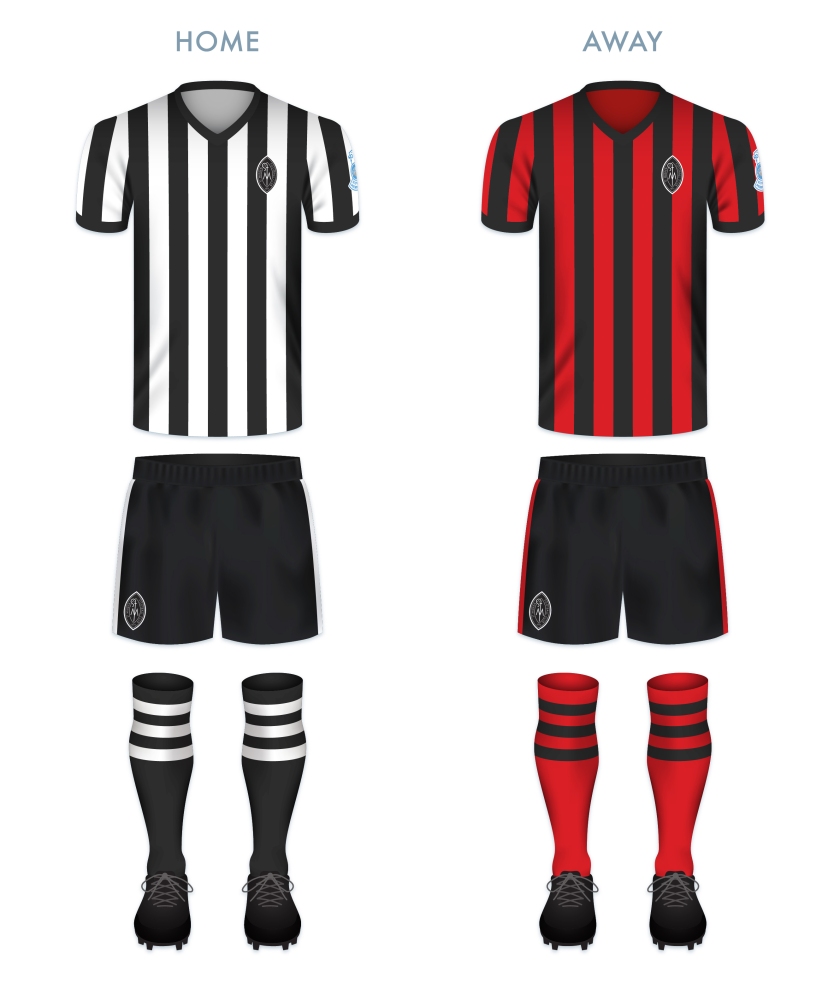 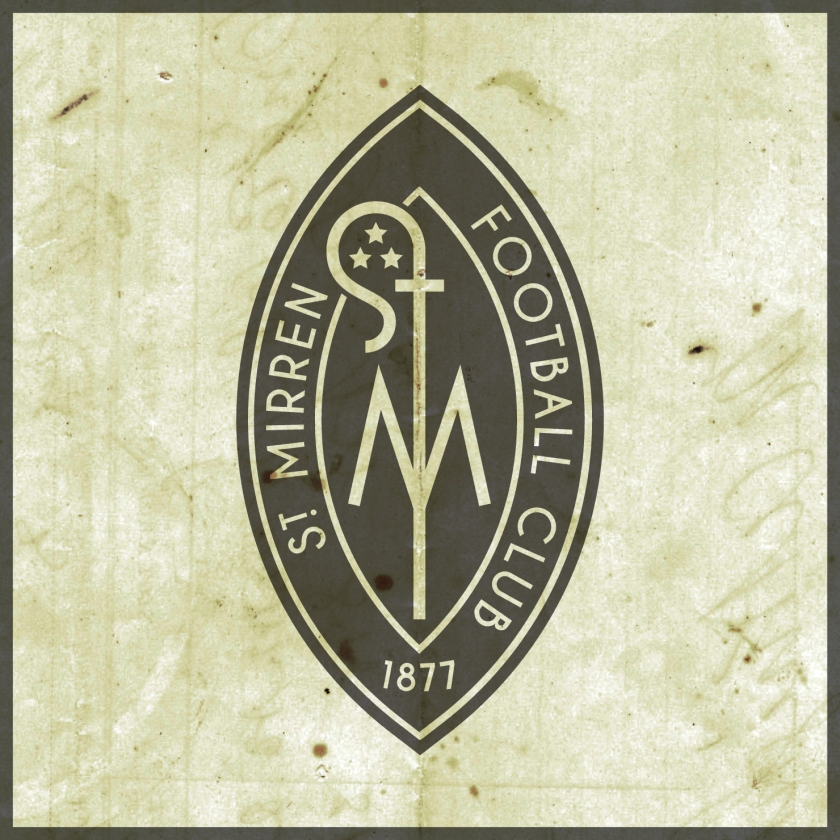 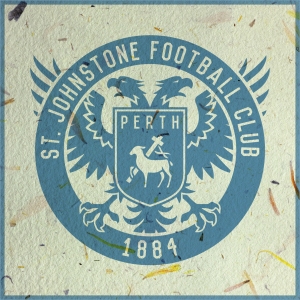 Like Kilmarnock in 1869, potentially Heart of Midlothian in 1874, St Mirren in 1877 and Dunfermline Athletic in 1885, St Johnstone Football Club was established by off-season cricketers in 1884.

St Johnstone was admitted into the Scottish Football League after the original Port Glasgow Athletic FC (1878), who finished second-bottom in the 1910/11 season, chose not to apply for re-election into the second tier and dissolved soon thereafter. Only three seasons later, the second tier folded, being replaced by two regional leagues. At this stage, St Johnstone suspended operations for several seasons before joining the Eastern Football League in 1919.

By 1920, St Johnstone had joined the Central Football League, in which clubs were permitted to pay their players higher wages than were permitted in the SFL. The draw of these Central League clubs was so great that the SFL, seeking to stifle their competitors, incorporated this Central League into a newly-formed Second Division.

St Johnstone became Second Division champions for the first time at the end of the 1923/24 season. The club returned to the Second Division after finishing at the bottom of the First Division in the 1929/30 season. St Johnstone would return to the top tier on several more occasions, gaining promotion most recently in the 2008/09 season. The club’s highest honour came in the 2013/14 season, when they beat Dundee United 2-0 in the Scottish Cup final at Celtic Park.

St Johnstone’s current badge was one of the biggest inspirations for my initial foray into redesigning Scottish football badges. The badge’s concept itself is strong, being derived from the historic Perth coat of arms. The central shield is born by a double-headed eagle (recalling an important Roman settlement called ‘Bertha’ near Perth). The shield features the AGNUS DEI (‘Lamb of God’), which represents St John the Baptist, the patron saint of Perth. This symbolism also informs the club’s name, as at one point, Perth was often referred to as ‘St John’s Toun’, or ‘St Johnstone’. 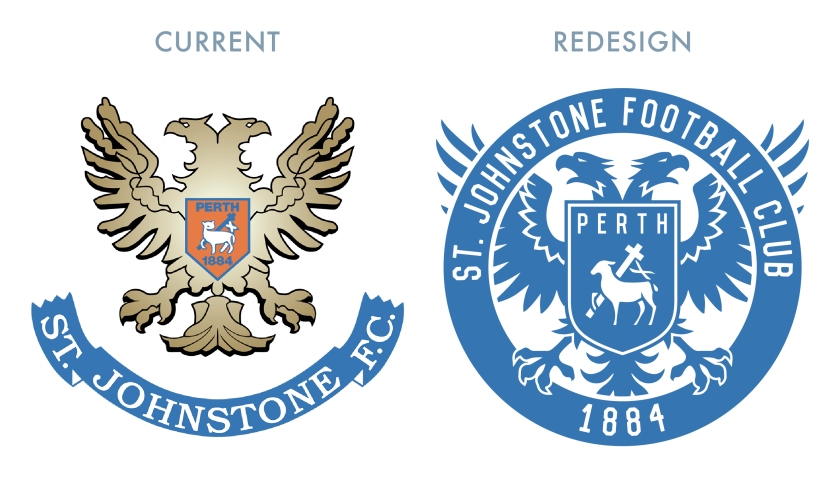 As far as the kits go, I went with a classic solid blue home shirt (complete with a 1970s-styled collar). For the away shirt, I decided to go with a vibrant yellow. To break up the field, I went with minimalist triangles that both hint at an argyle pattern while also suggesting the mountainous Highlands (as Perth is positioned near the Highland Boundary Fault and is sometimes referred to as the ‘Gateway to the Highlands’). 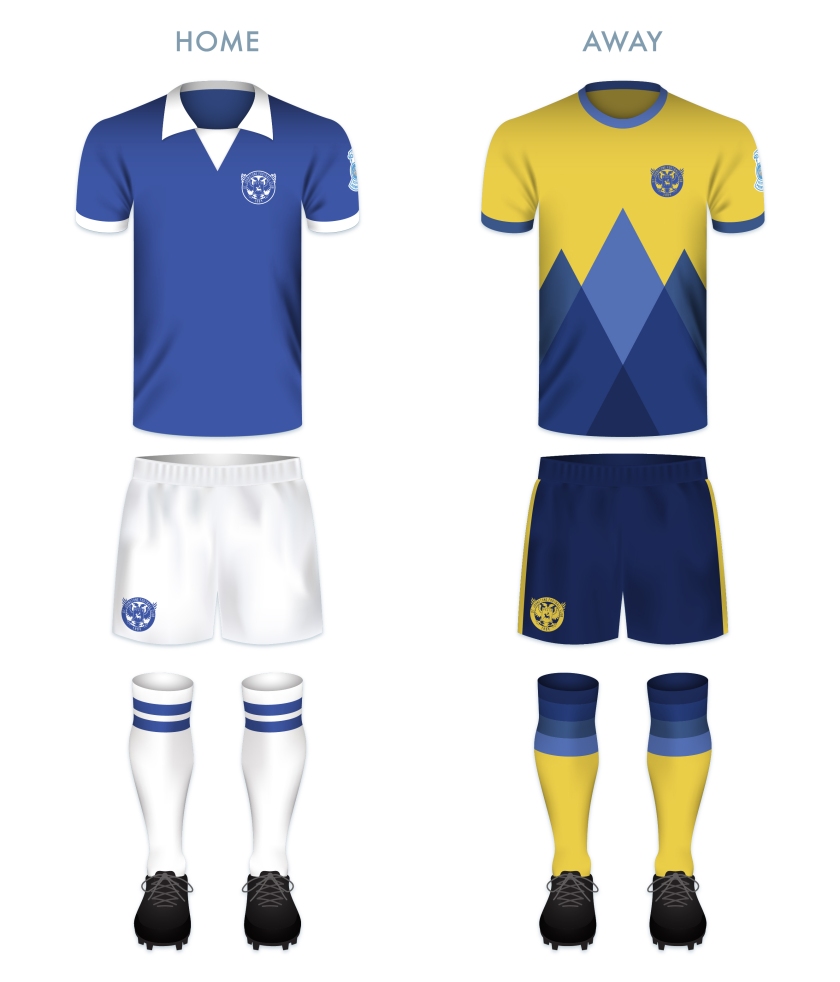 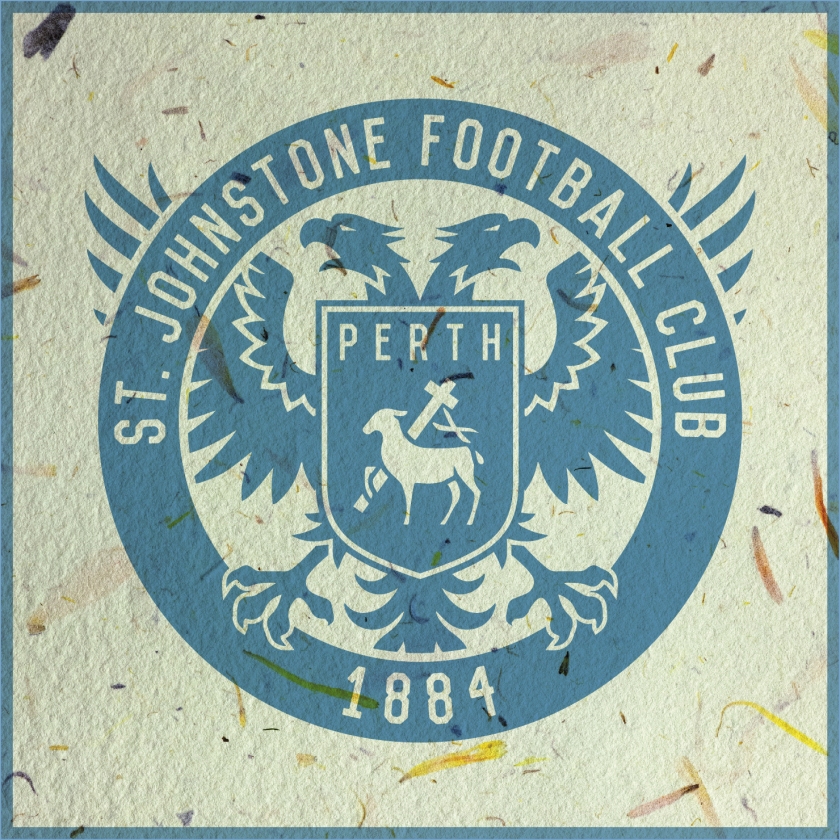